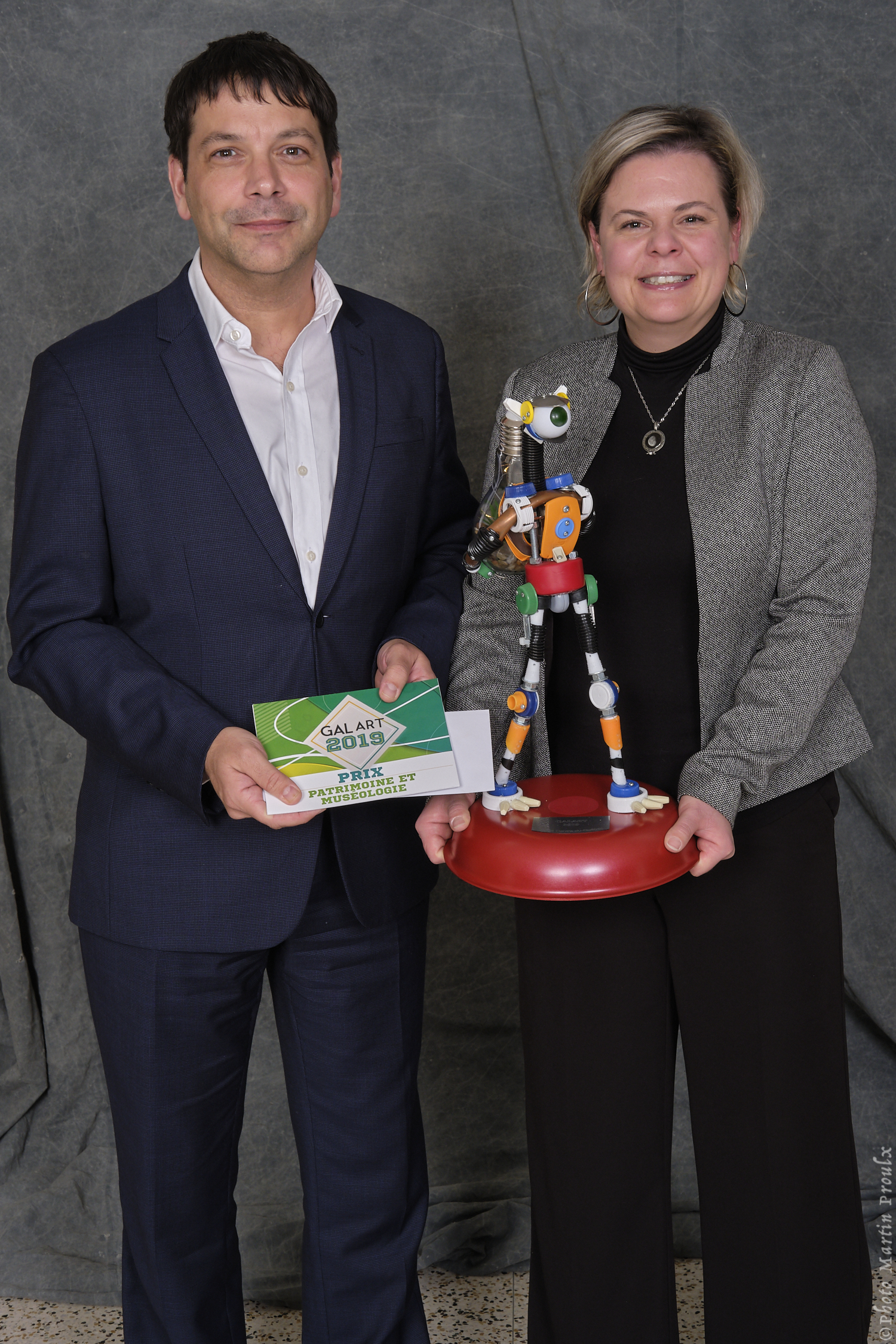 Odanak, November 25, 2019 – On November 21, the sixteenth edition of the GalArt ( an initiative from Culture Center-du-Québec), an annual event for the recognition of cultural stakeholders, was held. It is with great pride that the Musée des Abénakis was awarded the Heritage and Museology Award for its temporary exhibition The Indian Beyond Hollywood.

Under the theme “Physical Culture”, GalArt 2019 drew parallels between the artist and the athlete. He highlighted those who use the body as a means of expression; emphasized the strength, endurance and flexibility required by several disciplines; recognized a number of physical tasks included in the trade. Like an athlete’s life, being an artist requires rigor and sweat to master his discipline. It is fair to say that in this area, inspiration often rhymes with perspiration. This edition pays tribute to the artists, craftsmen and cultural workers who worked hard so that their works can shine.

The Musée des Abénakis wishes to congratulate the Archives des Bois-Francs =, for their promotional video and the Abénakis Council of Wôlinak, for their documentary series Les Abénakis de Bécancour, from yesterday to today, finalists of the 2019 Heritage and Museology Award. In addition, he applauds all the 2019 winners as well as the finalists of the various categories.

Musée des Abénakis
First aboriginal museum in Quebec founded in 1965, the Musée des Abénakis is dedicated to the preservation, documentation and dissemination of Abenaki heritage. The Museum, winner of 14 awards for the past 8 years, is funded by the Ministère des Cultures et des Communications du Québec and by the Abenakis Council of Odanak.